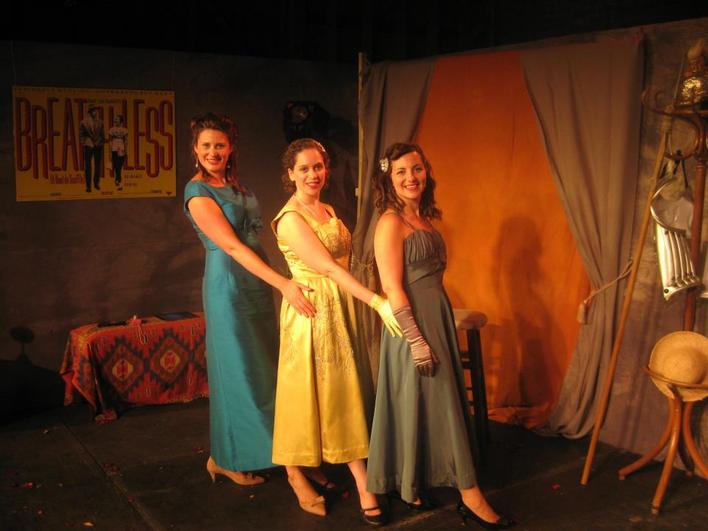 About   Eccles – The Judgment of Paris

Last year’s opera at Chilmark was a real rarity – The Judgment of Paris by John Eccles (1668 -  1735). There’s quite a bit of interesting background to it.

Henry Purcell died in 1695. Apart from Dido and Aeneas all his operatic compositions – Dioclesian, Fairy Queen, Indian Queen, King Arthur - were in the form of semi-operas, a curious mix of spoken drama and music that often had a tenuous relation to the drama. Semi-operas continued to be composed by Jeremiah Clarke, Daniel Purcell and John Eccles (Master of the King’s Musick) and Gottfried Finger but met with indifferent success. Then in 1700 a group of noblemen, led by Lord Halifax, and perhaps aware of the enduring success of fully musical operas on the continent, announced a competition in the London Gazette:

‘Several Persons of Quality having for the Encouragement of MUSICK advanced 200 Guineas, to be distributed in 4 Prizes, the First of 100, the Second of 50, the Third of 30 and the Fourth of 20 Guineas, to such Masters as shall be adjudged to compose the best  … those who intend to put in for the Prizes are to repair to Jacob Tonson at Grays Inn Gate where they may be further informed.’

Mr Tonson  provided enquirers with a libretto entitled The Judgment of Paris specially written by the very distinguished playwright William Congreve, based on the Greek myth and clearly calling for music throughout. At least five are known to have entered of which four were selected for  judging – John Eccles, John Weldon, Gottfried Finger and Daniel Purcell. The four compositions were performed in succession fully staged during March to May 1701 at Dorset Garden Theatre, and then on 3 June all four were performed and the subscribers voted Weldon the winner, with Eccles second. This was quite a surprise as Eccles was widely thought the favourite – in his preface to the published score he hints at a hostile claque in the audience.

The work was occasionally performed as an afterpiece to plays in London in the early 1700s but the hope of the subscribers that they would stimulate an English opera school was not helped by the arrival of Handel in London in 1710 and the dominance thereafter for thirty years of opera in Italian sung by imported singers. English operas continued to be written, by Eccles, Pepusch, Lampe and Arne (who even used Congreve’s libretto) but Handel and Italian opera dominated, until fascinatingly the Dragon of Wantley started to draw huge audiences in the late 1730s.

It is not known that The Judgment of Paris had any further airings until Anthony Rooley took it up in 1989 and presented it, together with Weldon and Daniel Purcell’s versions at a Prom. The promenaders were asked to vote for their favourite and Eccles won. It has more recently been recorded by Early Opera Company on Chandos.

The opera goes as follows.

After an extended overture, the Trojan shepherd Paris is accosted by Mercury, Jupiter’s messenger. He is told to leave his woolly flock and judge which of three goddesses should win a golden apple for her beauty. Paris is overwhelmed by this commission but Mercury reassures him that he will be well protected.

Paris cannot make his mind up; he then mischievously declares that ‘since a gay robe an ill shape may disguise, when each is undressed I’ll judge of the best, for tis not a face that must carry the prize’.

Juno urges him to be ambitious – she will help him to give up shepherding and reign over men. The chorus then repeat Juno’s claim.

Pallas promises him victory in conquests and again the chorus echo Pallas’s sentiments.

Finally Venus urges him to yield to love which conquers everything and promises him Helen of Troy and the chorus tell him that the only joy for man is love.

Unsurprisingly Paris opts for Venus – ‘fan the raging fire and be propitious to my love’. In a  finale the chorus sing the praises of Venus.

Some lovely pictures and more background about the myth at  http://en.wikipedia.org/wiki/Judgement_of_Paris

It was our ninth annual production and was directed by Jan Koene in collaboration with Rebecca Seymour. Musical direction was by David Davies. Soloists were Emma Watkinson, Sarah Forbes, Gwen Martin, Danny Standing and William Helliwell. They were supported by the opera chorus and a period band led by Alison Townley.

A review by Nicholas Walker for Salisbury Journal ran as follows:

'This year Opera at Chilmark presented a double bill of English music from the turn of the 17th century – ‘Come ye sons of Art’ by Henry Purcell, and the rarely performed ‘The Judgment of Paris’ by John Eccles, a prizewinning opera in its day. As a prelude there was a performance of Jeremiah Clarke’s famous trumpet tune featuring Laura Garwin playing a splendid baroque trumpet. The Purcell which followed, written as a birthday ode for Queen Mary, drew fine performances from the soloists and a spirited contribution from the chorus.

Opera at Chilmark, in its beautiful setting kindly lent again by Henry and Elizabeth Pelham, offers a mini-Glyndebourne experience, and after the picnic interval, the audience was treated to a highly entertaining production of The Judgment of Paris, which the chorus sang again with confidence and infectious joy. An ironic Danny Standing as Mercury set the stage for the task given to Paris, sung with feeling by William Helliwell, of judging between the merits of three goddesses beautifully and humorously sung by Emma Watkinson, Gwendolen Martin, and Sarah Forbes. The staging and direction by Jan Koene and Rebecca Seymour was cleverly thought-out to suit the barn setting, and the singers were admirably supported by the orchestra under direction from the harpsichord by David Davies. We are very lucky in Wiltshire to have performances of such remarkable rarities seldom performed elsewhere, and our thanks are due to David Davies and his team who provide us with these imaginative and enjoyable productions year after year.'